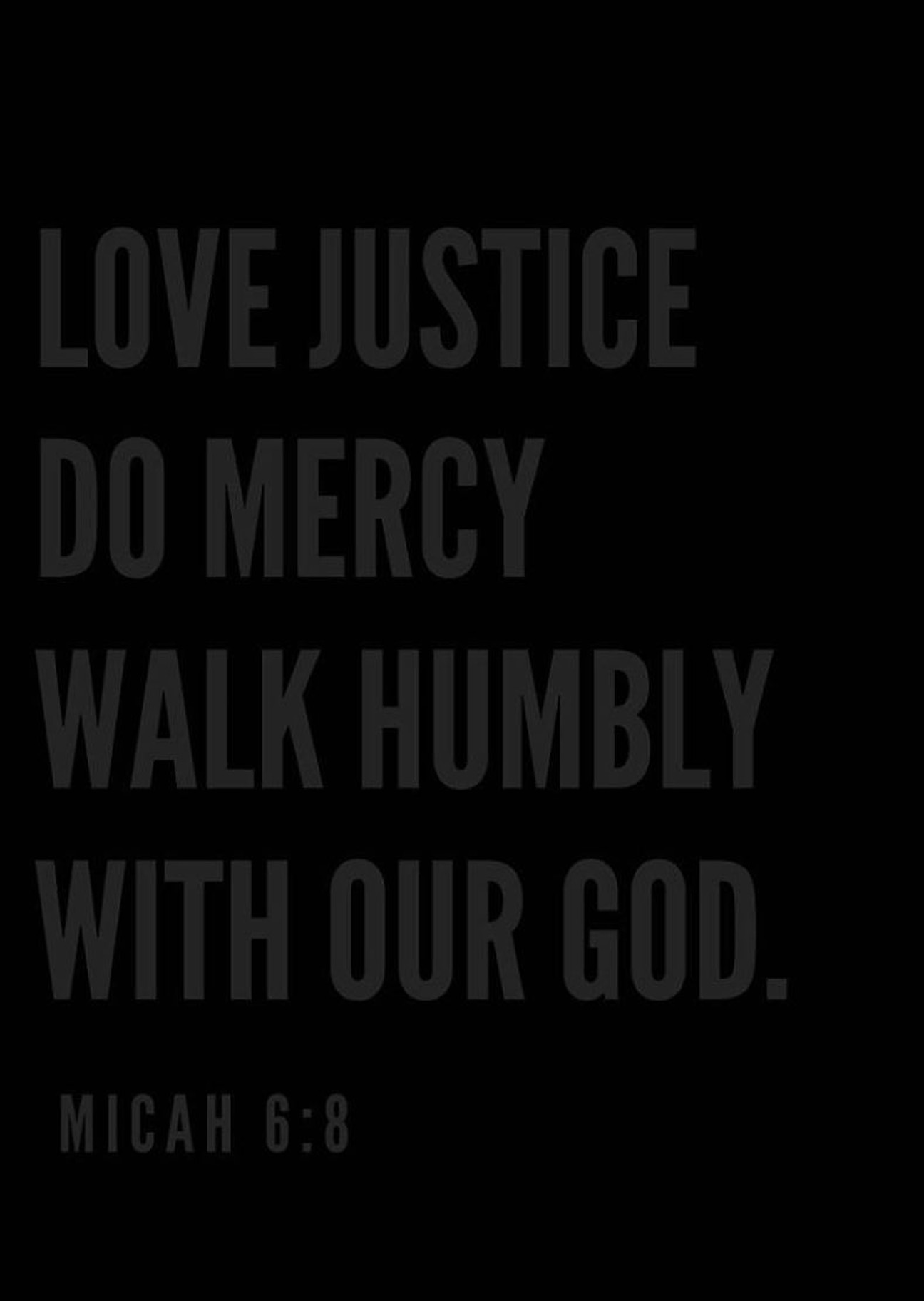 The Root of Injustice

Why is there injustice?

To answer this question, we need to begin with the question, “What is justice?”

There is injustice because people do not treat each other with equality.

The nagging question, however, is this: “Why do people fail to give this? Why are people unable to treat each other with equality? Why is there injustice?”

The answer is that people do not finally understand why inequality is wrong.

The fundamental problem of injustice is that people do not understand the reason why unequal treatment of persons is wrong.

Perhaps for many Americans, their starting point may be the Declaration of Independence. This document states that “all men are created equal.”

Or, if the answer is, “equal in dignity,” then where does human dignity come from?

This is what no one can answer apart from a biblical-Christian worldview.

Only a biblical worldview gives the objective grounds/basis for us to finally answer the question, “How do we know that all men and all women are equal? Why are all people—from the moment of conception—deserving of dignified and equal treatment?”

The biblical worldview answers it from the very first chapter of the Bible. “[27] So God created man in his own image, in the image of God he created him; male and female he created them. (Genesis 1:27)

The Bible teaches that man and women are created in the image of God.

What does this mean?

To be created in the image of God means to be a creature that reflects God. God created all men and all women to be reflections of Himself.

By the way, notice that the Bible teaches that God created all men and all women to be His image-bearers. This means that no man or no woman earns their status as an image-bearer. God created them as images of Himself. This is why every man and every women—from the moment of their conception in the womb—is a reflection of God Himself.

This sets the stage for us to understand why every man and every woman possesses not an earned human dignity but an inherent human dignity.

The question before us now is, “How did God create all men and all women to be reflections of Himself?”

The answer is “By creating them to be reflectors of His own attributes.”

God has created men and women to be reflections of Himself by creating them as people who possess a measure of some of His very own attributes.

What this means is that the attributes of God are what give God His glory. It is because of His own attributes that we say that God is inherently glorious in Himself.

But if we understand that it is the attributes of God that make up the glory of God, then we can understand why all men and all women possess an inherent—not earned—dignity. God created men and women to possess a finite measure of some of God’s own glorious attributes!

That which gives God His own glory, God has weaved some of that into the very fabric of every single man and every single woman, from the moment of their conception. All men and all women are reflections of the glorious God because they have been created to reflect His glorious attributes. And to the degree that men and women are reflections of the very attributes of God Himself, to that degree men and women have an inherent glory and dignity.

THIS is why all men and all women are equally worthy of dignity, respect, and honor. And THIS is why human beings possess a greater dignity than any other form of life on earth. No other creature on the earth is said to be made in the image of God. Only man and only woman.

It is insufficient simply to have a “sense” that human life is precious, without understanding why it is. Without understanding why human life is precious, society will never understand why racism, sexism, murder, genocide, rape, etc., are all wrong. At best, society can only hope that more and more people would “sense” that those things are wrong. That is not a bright hope for any society.

Humanity has exactly one hope.

The only hope for humanity is for humanity to start seeing the Fingerprints of God on every man and every woman. To do so, humanity must become a society again that embraces a biblical- Christian worldview. The worldview that pervades our society today will inevitably lead only to more and more injustice. The worldview that pervades our society today is a post-modern, “all- truth-is-relative,” “what’s-true-for-you-is-true-for-you-but-not-for-me” worldview. With this worldview, there is absolutely no basis for saying that any or all human lives “matter.” If everything is “relative,” then nothing “matters.” In a post-modern worldview, you can scream your principles all you want and it will not matter because “what’s true for you is only true for you.” And with such a worldview, there is only one inevitable consequence about how a society will become: “Everyone did what was right in their own eyes.” And there will be absolutely no hope for any sort of justice with that kind of worldview.

Therefore, the only hope for society is a biblical-Christian worldview. And for this reason, there is only one solution to the problem of injustice. The only solution is the Gospel of Jesus Christ. This is not to deny the helpfulness of symptom treatments. But every other perceived solution is exactly that. They are symptom treatments at best. Nothing other than the Gospel of Jesus Christ treats the root of injustice.

The root of injustice is that people do not know God. If they do not know God, then they do not know that men and women are images of God, nor do they care. Without knowing or caring that every man and every woman is an image-bearer of God, there is no basis for any understanding of human dignity. Without the basis for understanding human dignity, injustice will appear and reappear. Its forms may mutate. Racism may (hopefully) disappear. But something else will appear. We must treat injustice at its root. We must bring people to a knowledge of God.

The only way to bring people to a knowledge of God is through the Gospel of Jesus Christ.

To know God, people must be reconciled to God.

God is holy. Every person has been made in His holy image. But they have all sinned against His holiness. They have all equally become enemies of God. Consequently, all men and all women are sentenced to eternal death in Hell. Every race. Every gender. Every nation. Every person. All are guilty of sin against God, and they are all equally on their way to Hell. Let’s not forget that darkest reality of all! And yet, the brightest light in the darkest darkness is this: God has provided a substitute Sin-Bearer for all. God so loved the world that He gave His only Son—Jesus Christ—so that whoever believes in Him will not perish but have eternal life (John 3:16). Christ Jesus graciously took all of our sins, and He went to the cross as our substitute. As our substitute,

Christ died in our place. He paid for our debts. God raised Him from the dead. All people—all men and all women—are invited to call upon the name of Jesus His Son and trust fully in the sufficiency of His sacrifice. For the Bible promises, “[9] because, if you confess with your mouth that Jesus is Lord and believe in your heart that God raised him from the dead, you will be saved. (Romans 10:9).”

This is the only message that brings a person to a proper knowledge of God, apart from which any hope for true and lasting justice is futile.

By all means consult experts in various fields to be part of any relief of the symptoms of injustice. We are called to empathize. We are called to love. So do that. Do as your conscience is led to do. But please remember that there is no solution to the problem of injustice at its root apart from the Gospel of Jesus Christ.

Will you post the message of the Gospel on your social media pages? Will you text others the Gospel? Will you finally call the non-believers in your life and plead with them to be reconciled to God? Do not be ashamed of the Gospel. Believe that it is indeed the power of Jesus Christ unto salvation.

Pastor Daniel Chin is the lead pastor of Global Mission Church English Ministry. You can contact him via email here.